I’ve written a couple of article about IF & SWITCH in DAX over the past few years. Recently I noticed that there is a behavior I’ve never seen documented or described. Unfortunately, I cannot propose any workaround and I can see the behavior as kind of inconsistent. During one performance tuning session I noticed that there is different performance of the same measure when I change the order of branches in SWITCH statement.

Let’s try to make some simple demo to document this behavior. I have taken Adventure Works DWH (AW) demo solution and modified it slightly for my purpose. I reproduce the whole solution again in PowerBI Desktop, so you can download it and test it yourself. I would be happy to hear your input.

Let’s imagine you do not like having Independent measures as implemented in AW demo, but you would like to have something like measure dimension. To implement it, you might use Parameter Table Pattern. I’ve created a modified (slower) “Ugly” version of the measures for my test, to make the performance impact more significant. 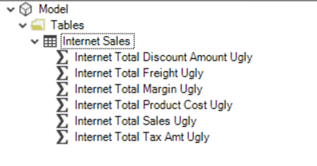 This is my measure dimension: 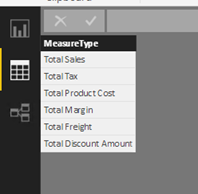 Now we have everything set for the test. I use direct measure definition in DAX Tests queries to be more flexible.

Test 1 – Does position of the option in SWITCH statement impacts performance?

As you can see, the only difference is the place where I put “Total Margin” in SWITCH command. I have also performed a test to put it into 3rd position in SWITCH.

The following table summarizes the duration of the query on cold cache:

Test 2 – Is it SWITCH statement issue? Let’s try to rewrite it to IF statements.

I was wondering if I could maybe fix it by not using SWITCH and only using if statements. As I know SWITCH is just a syntax sugar. Now my DAX for the first option would look like this:

I have the same solution as well in SSAS Tabular 2016 version, so I can test the impact as well in excel. This would be the excel pivot table report: 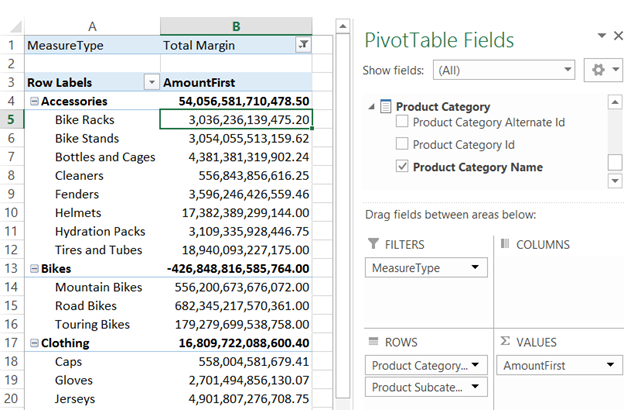 The last test I did was just to show you the impact of the IF and SWITCH itself. So I’ll compare using measures directly versus using measure dimension in Excel Pivot Table.

This is how it looks in excel when we have measure dimension: 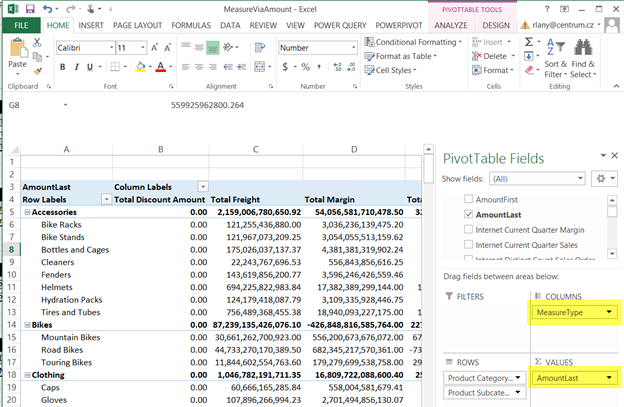 And here when we would use directly measures: 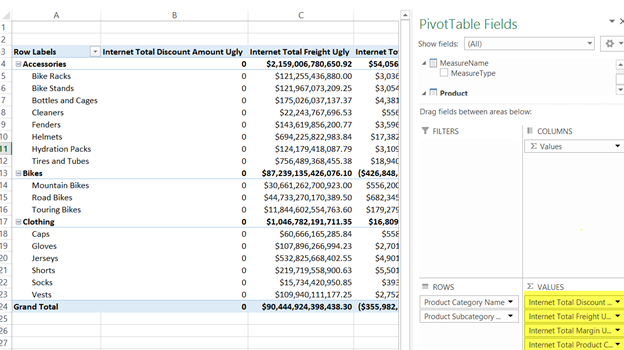 Obviously the order of the options in switch command matters. I would like to summarize my observations not only from this test:

Here is the whole test for the curious of you who would like to see it with your own eyes.

The whole blog wouldn’t be possible without those great test tools: